TA Tuesday: Crypto Merge is scheduled for this Thursday

It is going to be an eventful week. CPI numbers and the Merge.

I still believe Europe is well behind the curve despite a 75bps hike, which will go into effect from Sept 14th.

Over the last week, traders have been positioning themselves, given the 3mth rolling basis of BTC and ETH decoupling from net 0 down to a 8.92% discount for ETH on FTX. 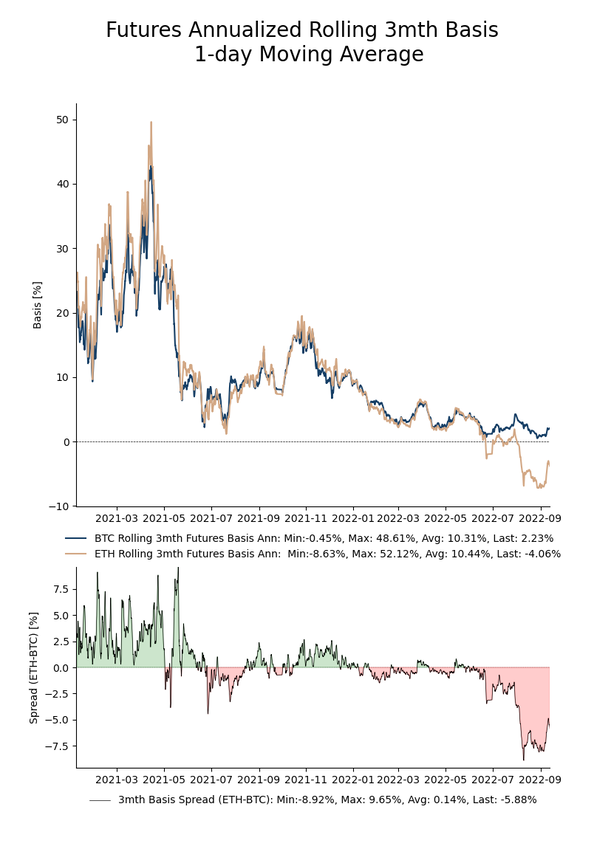 Many traders are already unwinding their long spot/short futures as a consequence of the following:

Perpetual Futures are now also stepping in. ETH and BTC funding rates, typically off set in the past, are now trading at -50.04% APY for ETH and +6.75% for BTC. I am expecting the ETH APY to go crazy as we come closer to the Merge (now ETH Pow is priced 1% of ETH PoS; funding rates should then go up to -365% ann.)

On the spot side: BTC has outperformed all the others as a trader was pushing (with 1,000) lots of weekly options. The weekly implied vol went from 65% to 75%, and the spot soon followed. BTC market cap dominance is 41.6% up from 39% on Sept 9th.

Looking at the Realized Volatility cones: 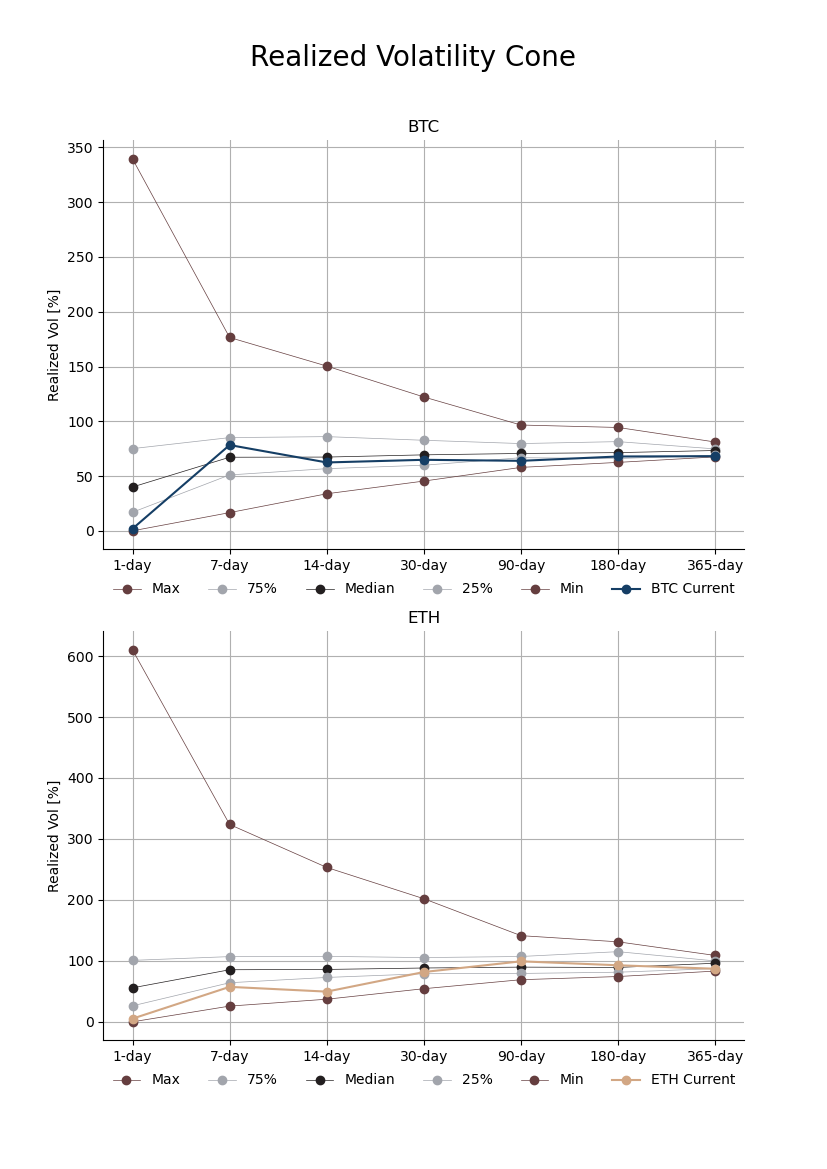 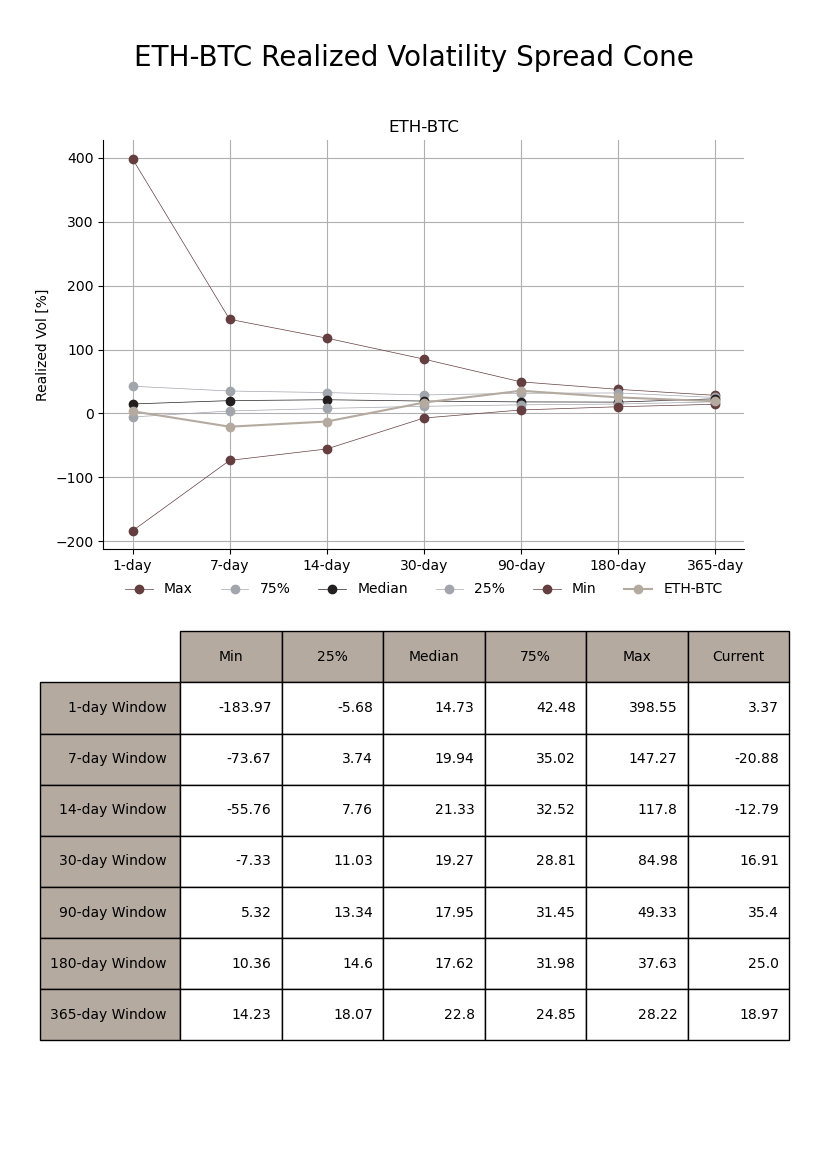 I am expecting the realized vol of ETH to also pick up soon as the Merge approaches, and we might see limited liquidity on the exchanges and lending protocols. 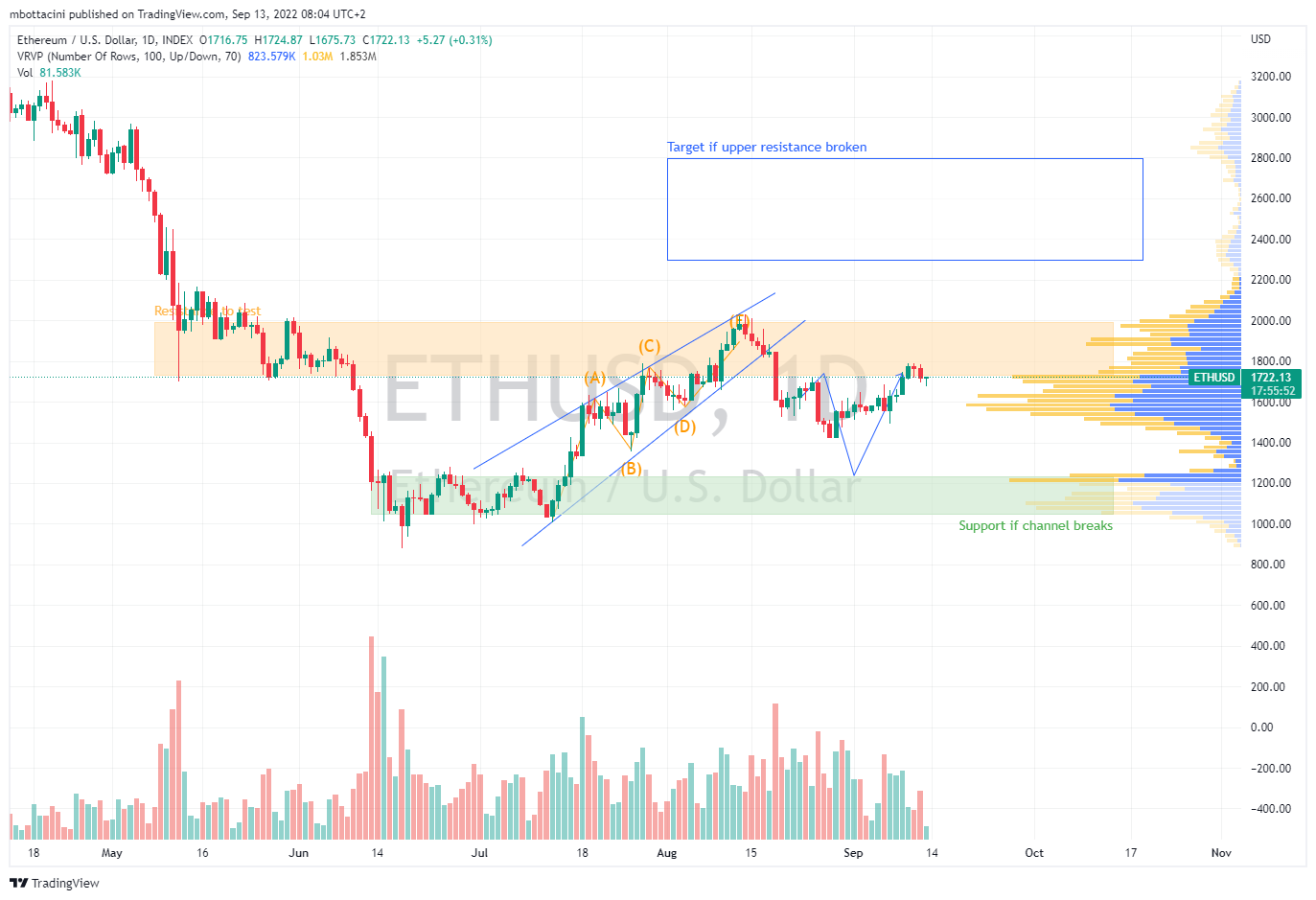